A downloadable game for Windows

The game follows the story of the innocent and virgin daughter of a noble family, who has to escape from her fief to save her life. Her mission is to warn the queen of the arrival of a new evil, the army of walkers (living dead) who raze everything in their path. Over the course of history you will have many possibilities. Follow the main mission, help the opposing kingdoms in their fight for power or against the walkers, or forget your mission and try to find the best way to live in this dark world.

Focus of the game Possibilities

- Added new system of reward for skills (the more points you have the better rewards you will have).

- Added new cooking skills system (only in the village).

- Added new Fishing Skills System  (only in the village).

- Fixed Bug in the tavern (new scene with customers was repeated continuously).

- Fixed bug in the main mission  (the game ends after being captured by the orcs).

Tip: Save at least 25 Mo before the final battle for the village, it will serve you if you want to rent a house to live in.

if you liked the game I would be very helpful to give me your support to continue working. visit my home page to access new additions and surprises.

You Can get the Patreon Version Here Plus!! a Main Character Exclusive ClipArt Pack:

The download link for version 0.90 is currently broken. Please reupload the game to your current or an alternative host, or upload the next revision.

Edit: FWIW, most people who use the Itch client will probably be more likely to play this if you choose to upload the game to the Itch servers, but entirely up to your own preference.

Im still virgin, and I pass the dark rose mission, and practice with gachinko, whats next mission???, Im confused now?, try to become stripper and reached lvl 10, but what else, how to become explorer, every time i talk to sir sambonim or something (forget that name) MC always says : im not ready? what am i do now ???, or am I must buy this game perhaps?

The sounds and music and the assets is come from realp**y from ill**ion?? is that correct?

where do i get the dark rose? help...

After approaching the inn keeper in the higher class inn with the exotic outfit and being taken care of I can not leave my room.

Is this a bug or am I missing something?

Take bath and change your outfit

I think you need add more sparkles for game in order ppl to see active push action?  Does nothing just remove it

Other things to improve on:

You might also need fire decor and some sort of attacking soldiers going about give image of how bad story is going because for me playing zombie war it wasn't bad...it just important level up character there no perks doing it though. Like earning tech points from survival its suggestion to dev to create something bit more, and plus if she going be strip she could at least learn how use stripper pole, I feel she could had achievement earned "pot of gold"  that just me I thinking it but other issue is how come she can't use double daggers after learning to defend herself?? she ballerina right there option should be ballerina -> rogue actions, Pick locking and scaling and climbing should be function in the game. Drop and crushing zombies that something should be cool function in game I don't see that often occurring.  What is purpose of Hentai game you can't do sex options it starting feel very bad there are few but that about it... I going give one star for effort. Music was good but where its going you really need (half star) improve lightening needs reworked ton. Give those guards lightening fixture?

There no trash anywhere or mud. You might have rethink that bit. It would explain hey why she needs a bath. Or fact she does not get molested if she were to smell, there not bunch of that occurring when it should be.

Other Customizing avatar would be nice,  I mean red, pink or something different then blond, What is fantasy in that or blue or brown I can consider some fantasy in that.  Small to bigger boobs?

If she was able to impregnated by her  stupid boyfriend or guard would been better way to go running around causing taxation to stamina. rainbow bar she should be called stamina I have no idea why its called xp bar maybe its corruption bar? re-label your bars...

Other is Tabern is spelled wrong -> I do believe its bar? Tavern...Tavern would mean you stay  and eat there. Shop should never close during zombie epidemic? Other issue about Tavern there no VIP section, allowing bizarre to occur there, like she could beyond sugar dances done, lap and higher paid customers would come  so what heck is that not possible? it would mean it increases fee and less tax to mp amount right?? after she has orgasm -> there should be like recovery of MP like 15 points.

Time seems go by quicker seems after 4 days went by it looked like year? What heck is that? Doesn't take months to train a person it takes weeks depending on their aptitude.  4 weeks to make a soldier trainee what heck did you put 2 months later lady was well trained "person"?

Anderland soldier was sent recover Princess but they wouldn't send porky guy it would mean they sent him recover that artifact?

https://www.deviantart.com/kupokaze/favourites/64593900/RPG-Maker-Tilesets-Sprites Kupokaze is my favorite you might want to talk to this person upping you game like ton.  You may want to head devianart for tent tiles they have some more there?

please, how do I escape the bedroom of inn's daughter, the one with a zombie inside. Like there is a timer of a couple of second before the daughter is released but I don't know what to do.

did you ever find out?

I allways get "game over" when I try to do the quest where you serve as bait to the orcs. As there are no guards I think. Can someone tell what I am missing? Thx

How do you actually uh, escape in the beginning?

You pick up the family dagger. Then you cant equip it. Then you get eaten by the zombies. Game over. Delete game. Literally cant escape the beginning.

I figured it out. You have to use your mouse to click on equipment lol.

is there a way to leave the camp? i just kept on working and stuff and everything was just the same. I'm confused. It says multiple of endings and stuff but i don't see a way. Help please

I keep getting the error "TypeError: Cannot read property '_mp' of null" and then the game crashes and I lose my saved slot. Can anyone help?

How do I access the card game or get the whore job?

Hi bro, ok. buy a bottle of wine in the store or the strange type at night and direct the guards sitting on the campfire. you can only do it once there will be no repetition of the scene. for prostitute work, you need to get the character drunk at least 2 times go to the store below the common inn and talk to the man at the door.

The inn that only costs 1 gold doesnt seem to let you actually rest... even with a rest ticket

https://fariseostudio.itch.io/the-chant-of-dead-068 has v.75 patron for sale

the game freezes when  I select a dance option as a waitress. Any known solutions?

Was unable to open the .rar for this game. Is there a problem or a password required?

use win rar or 7z to open it 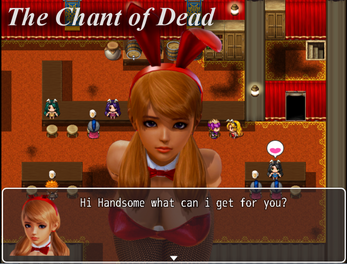 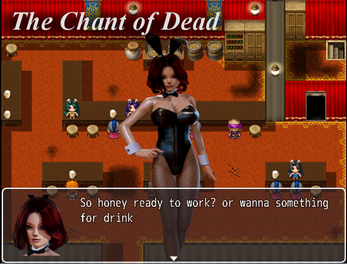 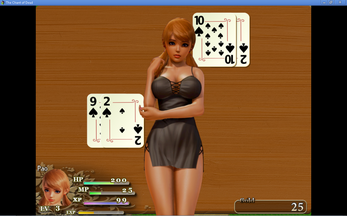 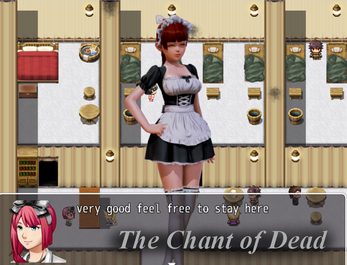 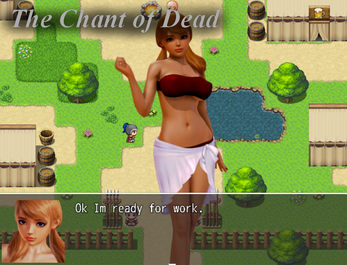